The West High School 2022-2023 mock trial team consists of 13 dedicated and diverse high school students who have formed a community in and outside of Utah. Apart from mock trial, their interests range from competitive fencing to researching in labs at universities. They are creatives, small business owners, chess players, crocheters, and community participants.

In order to compete nationwide, the team spends countless hours developing and executing a fundraising strategy so all who want to participate in national competitions are not limited by financial burden. The Utah Center for Legal Inclusion has had the privilege to help contribute to their fundraising efforts and help them achieve their goals as a team. Beyond competing and interacting with other driven and unique high schoolers across the country, mock trial has provided these students with invaluable opportunities.

A few of the students expressed that before mock trial, law school didn’t seem like an option for them. It was an intimidating and foreign field. Sharayu, a student who has been in mock trial since her freshman year and a co-captain of the team said, “I have a place in the legal community, if I want it,” when describing the impact mock trial has had on her life. The students all expressed gratitude to the legal community, especially here in Utah. Mock trial provides them with a chance to get to know and compete in front of law students, attorneys, and judges.

Students in mock trial get to develop refined public speaking, argumentation, and critical thinking skills. They also are able to be part of a team that works together to understand and solve complex problems. The diverse make-up of West High School’s team allows for important perspectives and ideas to be shared and discussed. When the team competes, they get to apply these skills and perspectives. Every year they compete in the prestigious national Empire competition, they improve and the results speak for themselves. When they return home, they frequently place in state competitions. Because of generous donations, they were able to compete last year in the Empire competition in Chicago. Taking what they learned, they competed this year in the same competition but in Baltimore, Maryland. They placed second in the whole competition.

The students expressed deep appreciation for all who contribute to their fundraising efforts. Without the generosity of those who donate, this would not be possible. The students would like to say, “thank you so much” to the generous legal community in Utah. Because of every contribution, their team is able to compete at the highest level and learn the dynamic of a legal field that is eager to welcome and mentor them. 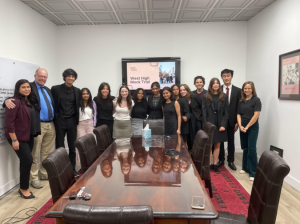 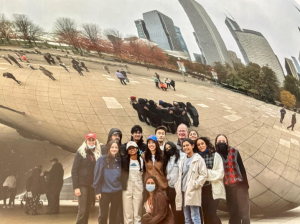 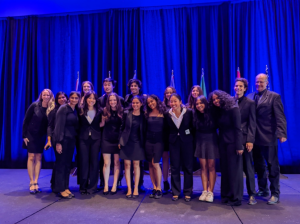