After being a part of UCLI for a year and a half, Administrative Coordinator & Data Analyst Layla Shaaban is beginning her next steps of life in Chicago where she will be attending the DePaul University College of Law in the fall.

UCLI is so excited for Layla and the opportunity she has to continue her passion for law but especially grateful for the time she has spent with the organization. Beginning in January 2021, Layla joined UCLI as a program development intern where she worked closely with staff members such as Melinda Bowen and Ling Ritter on various projects within the organization. Layla recalls some of her most memorable moments during this time as being able to help orchestrate UCLI’s various outreach videos as well as work on the Theory of Change project. Following her time as an intern, Layla went on to accept a position as a staff member and became UCLI’s first Administrative Coordinator in May of that same year. During this period, she remembers fondly the opportunities that the position opened up to work on new projects with directors such as Kaitlyn Pieper and Jon Wayas but also to work more closely with those in Utah’s legal field that shared the same passion for diversity and inclusion. Layla’s title was promoted to include Data Analyst in September 2021, at which point she was able to use her background in data and statistical analysis to become an active and additive participant in the Tracking Progress Committee. In this committee, Layla assisted with data tracking efforts and piloted a new Utah Law Student Mentorship Program survey.

Before leaving the organization, Layla wished to share her appreciation for the entire team at UCLI and its mission. She is especially grateful for Melinda Bowen for being “subconsciously a mentor for me, both in working with her and hearing from her outside of a UCLI setting.” She recalls fondly the opportunity Melinda gave interns to sit in on law classes at the J. Reuben Clark law school and to approach her for advice. Layla is also grateful for the chance to work with Executive Director Kaitlyn Pieper and Associate Director Jon Wayas which she described as a “great experience because they were always so open to ideas and made it feel like a collaboration and not a hierarchy.” Layla also shared her appreciation of her time at UCLI for “creating and pushing a mission of diversity and inclusion in something as sensitive as the legal field, which was never designed to benefit anyone who wasn’t white or male.” She is grateful for the opportunity the last year has given her to create connections with lawyers and individuals that both look like her and identify in the same way as her. 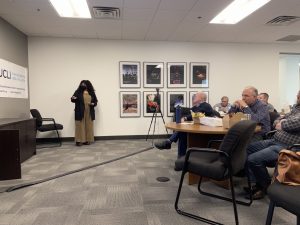 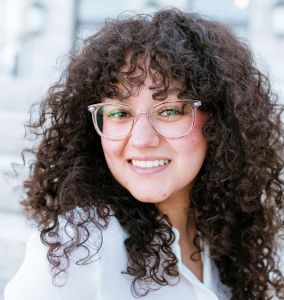 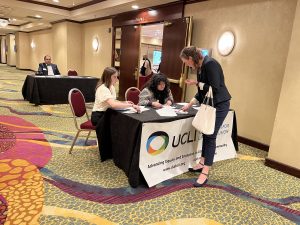