By Kacey SorensonJuly 9, 2021News
No Comments

Sarah’s path to being a lawyer was accompanied by naysayers. When first applying to colleges, Sarah found herself being questioned by her boss as to why she would even bother applying to some of the schools that she did since she had little chance of being accepted. She quit her job after this incident and never told her parents the reason. Years later during her 1L summer, Sarah tried to get a clerkship with any judges available. A professor took her aside and told her that her time would be better spent being strategic rather than trying and failing to get one of these coveted clerkships. Instead, they suggested working in juvenile or immagration court despite the fact that Sarah had never expressed interest in either of these two fields of law. Even recently, as she studies for the bar exam, Sarah was cautioned that she needs to work and study harder than her fellow prospective lawyers because women of color statistically perform worse on the bar than other demographics. When each of these situations arose, Sarah used them as moments to regroup and recommit to her ultimate goal.

Along with these individual people challenging her, Sarah has also had financial difficulties in her path to becoming a lawyer which she has overcome. When applying for law school, she could not afford any LSAT prep courses and received a less than satisfactory score. It was only with her parents’ financial help that she was able to afford the prep courses which helped to bump her score up ten points. In her 2L year, Sarah came into contact with UCLI through scholarship and mentorship programs. According to her, “the financial support from UCLI changed everything.” The scholarships allowed her to prioritize her schooling as well as her mental health rather than stressing about finances. Most recently, Sarah received a bar scholarship from UCLI to help her in her preparations to take the bar exam. This specific scholarship has been, according to Sarah, “such a godsend” as her stress levels increase and she looks to the future and her legal career in environmental law. 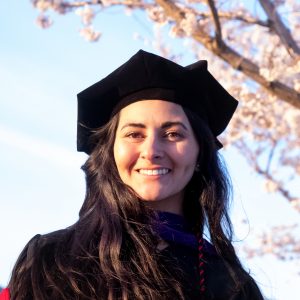